ANY doubts over whether Arthurlie could compete with a side from a higher league were dispelled after nine minutes.

That’s how long it took for the home side to blitz Benburb with a whirlwind start which produced two goals.

Gary Carroll met a Darren Ramsay corner at the near post and the ball was in the net with four minutes played.

Carroll also scored the second, blasting a spot kick into the roof of the net after Dale Simeon was hauled down in the box.

It was a dream start which was turning into a nightmare for The Bens as a Gary Smith shot was saved at the expense of a corner.

A spell of possession football culminated with a Ramsay shot, then a Tam McGaughey cutback which just failed to find a teammate.

They did score the next goal, although it was a personal calamity for Ryan Docherty who diverted a McGaughey cross past his own keeper.

It had been a breathtaking first half and that carried on with a superb interception by Lance Pearce in the 52nd minute which almost led to goal number four.

As the defence backpedalled he passed to Simeon who then set up Smith for a shot which was well saved by keeper Kai McFarlane.

Within minutes, Benburb had reduced the deficit with a Ryan Livingston shot which gave Scott no chance.

The visitors then enjoyed their best spell of the match but Scott dealt with everything they could throw at him.

One save in particular, from a glancing header by Livingston when it looked a goal all the way, proved to be vital shortly after.

Simeon was in the clear and could have finished himself but he slipped the ball to Smith who found the bottom corner and it was 4-1.

Four became five in the closing stages when another series of passes was completed by McGaughey who found Simeon and he made no mistake. 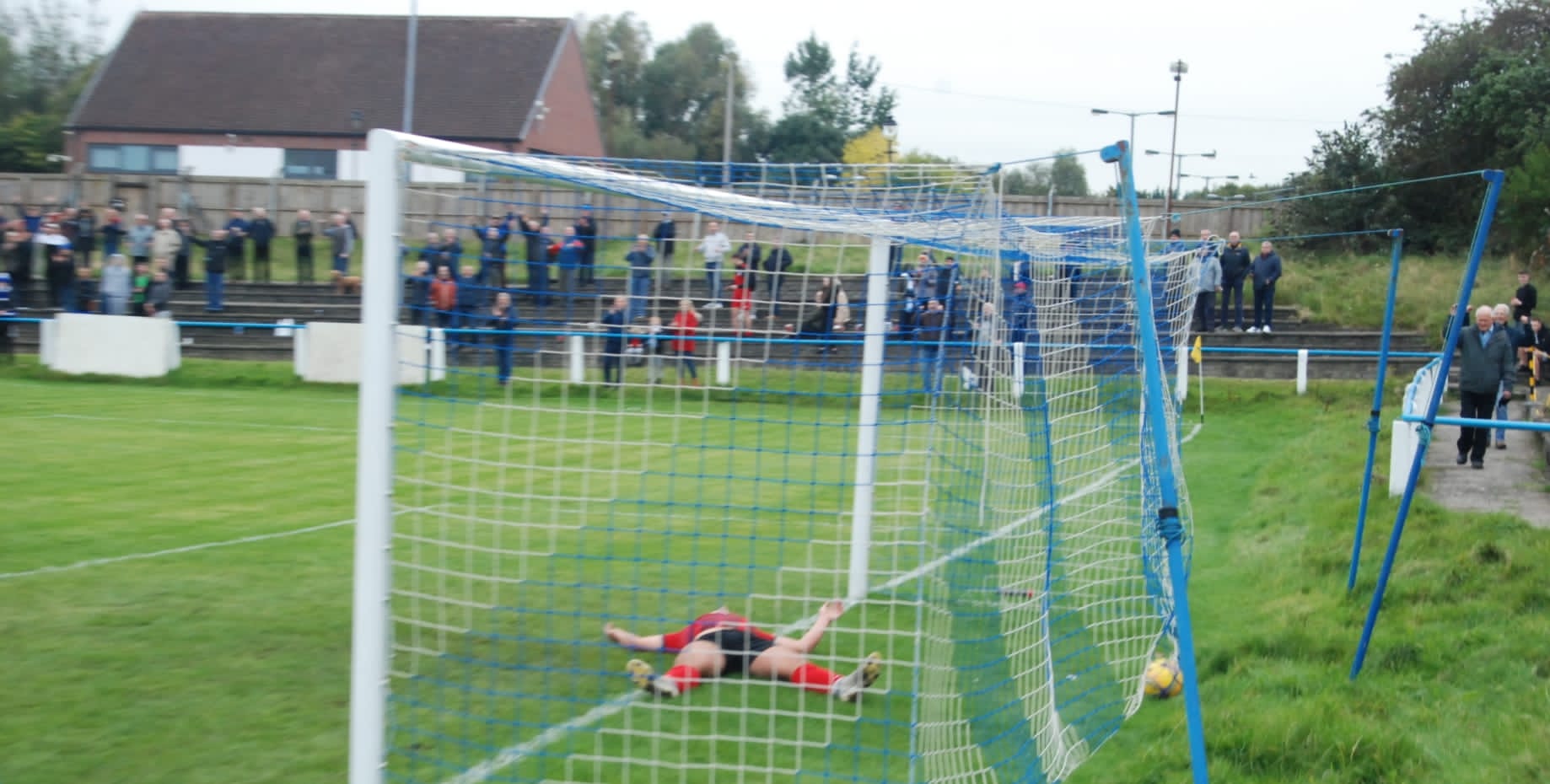