Another three points with a clean sheet continued Arthurlie’s good start to the season.

It was Tam McGaughey who opened the scoring after just eight minutes when he pounced in a packed penalty area after a near thing in front of the visitors’ goal.

Intent on building on the early strike, Nad Zeb almost sneaked a shot in at the near post but keeper Steven McPhee was alert to the threat.

Not to be outdone, James Scott then made an equally excellent save from Alessandro Savarese.

McGaughey was causing chaos in the Wanderers’ ranks and John Henderson resorted to illegal tactics to stop him, earning himself a yellow card.

Neither he or any of his team-mates could prevent the on-form McGaughey doubling the lead with an unstoppable shot from outside the area.

He almost notched a first half hat-trick with a similar effort five minutes later but the ball went over with McPhee stranded.

Forth must have been relieved to hear the half-time whistle as it gave them a break from the onslaught.

It looked to have helped their cause as they engineered two early second half chances, Lance Pearce foiling the first with some dogged defending.

Then Henderson shot on the turn but was just off target before Conor Bradley embarked on a good run but just over-stretched as he reached the box.

A back-post header, netted by Gary Carroll after a corner, was ruled out for offside but number three arrived on the hour mark. McGaughey turned provider and dispatched an inch-perfect pass for Dale Simeon to slam into the roof of the net.

Simeon had another two opportunities in as many minutes, one saved and the other just past.

Some slack defending then allowed Savarese time and space to shoot – Scott saved…but let his colleagues know he was not too happy with them!

With less than a minute left, youngster Aiden Green came close with a header but there were no more goals as Arthurlie ended worthy winners. 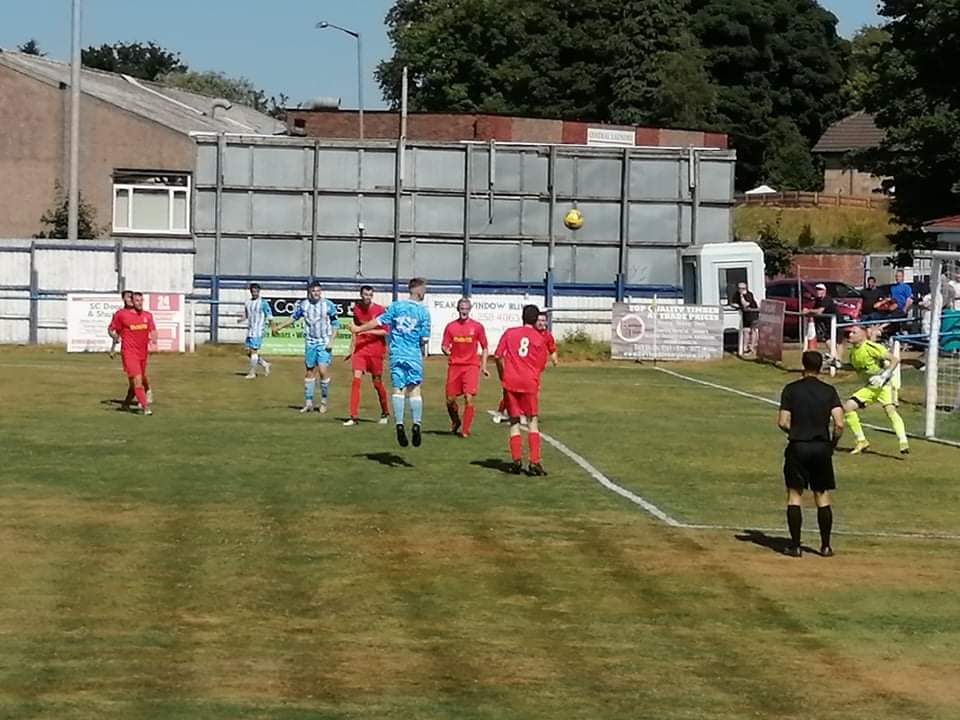 The team is now reaching its potential and everyone played their part in a good performance.

It could have been more than three but I don’t want to be too greedy. I am happy with the three points.

Following on from a good win at Shotts, we are hitting good form at the moment and the boys are all looking forward to the next game.

The first three games were always going to be massive so three points today and three wins, especially playing in roasting conditions.

It’s also been good for myself getting four goals in three games, and scoring early each time, which is great for the confidence.

I prefer playing up top but, to be fair, I would play anywhere as long as I am enjoying my football which is the case right now.